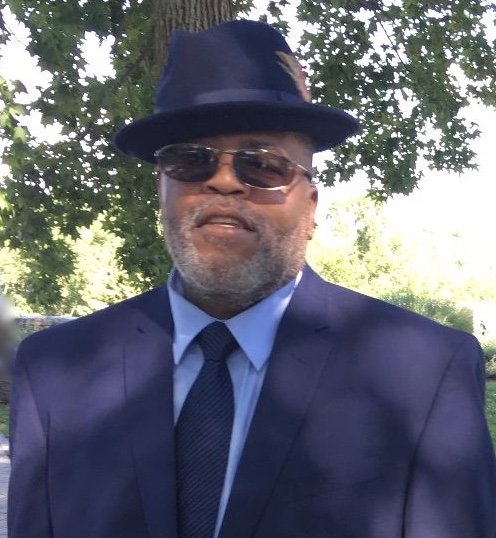 On Sunday April 21, 2019, William Earl Belton Sr. loving husband, father, son, brother, grandfather and uncle departed this life to meet his Lord and Savior at the age of 58.

William aka “Bill” was born on May 8, 1960 in Springfield, Massachusetts to Craig and Madella Belton. The Belton family relocated to Dayton, Ohio.  It was there that Bill excelled academically and athletically. Bill earned many athletic awards and garnered great notoriety throughout the city of Dayton. In 1978, Bill graduated from Dunbar High School.  In 1983, Bill went on to earn his Bachelor of Science degree in Computer Science from Central State University in Wilberforce, Ohio. While at Central State University, Bill was a proud member of the social group called the “Lodge”.  He was also a member of Phi Beta Sigma Fraternity, Nu Chapter. Bill was also a four-year starter for the CSU Marauders Baseball team and became a Letterman upon graduation.

Bill married his college sweetheart, Carma and relocated to New Jersey, where they made their home, and raised two beautiful children Kayla and Bill Jr. Bill was employed with the Federal Aviation Administration as a Computer Specialist and had over 35 years of public service. While employed with the FAA, Bill worked on many of the National Airspace System enhancement programs. Early in his career, Bill worked with the FAA’s Equal Employment Opportunity office as an EEO investigator. Bill also drafted the original FAATC National Society of Black Engineer’s logo.

In his personal life, Bill was known for his love of family, community, hats and all things sports.  Bill was a dedicated Minnesota Vikings, Philadelphia Phillies, Los Angeles Lakers and Penn State football fan. Bill loved his family very much.  He enjoyed attending his son Bill Jr’s Penn State football games. He also loved spending time with his grandson CJ and his daughter Kayla. Bill and Carma often traveled to Ohio to spend time with their extended families. Bill was a member of St. Matthews Baptist Church. During his membership at St. Matthews, in service to the Lord, Bill became a member of the Usher Board in 1989-1991 and served as the board’s treasurer.

Bill was an avid bowler and was a member of the “When Balls Attack” bowling team at the King Pin Bowling Lanes. Bill was a lover of hats and had a vast collection of sports caps, fedora’s and bowler’s. Bill had a love for sports and loved to help the youth in the community. Bill served them through mentorship and coaching. Around Sicklerville, Bill was known as “Coach Bill” for his work with the Winslow Township Eagles and Winslow Redskins football programs. Bill also coached the young men of Sicklerville in the WTBA Winslow Township Basketball Association programs. Bill was also a proud member of the Zeta Rho Alumni Chapter of Phi Beta Sigma Fraternity. Bill served as a treasurer and supported the fraternities many public service initiatives.

Share Your Memory of
William
Upload Your Memory View All Memories
Be the first to upload a memory!
Share A Memory
Send Flowers