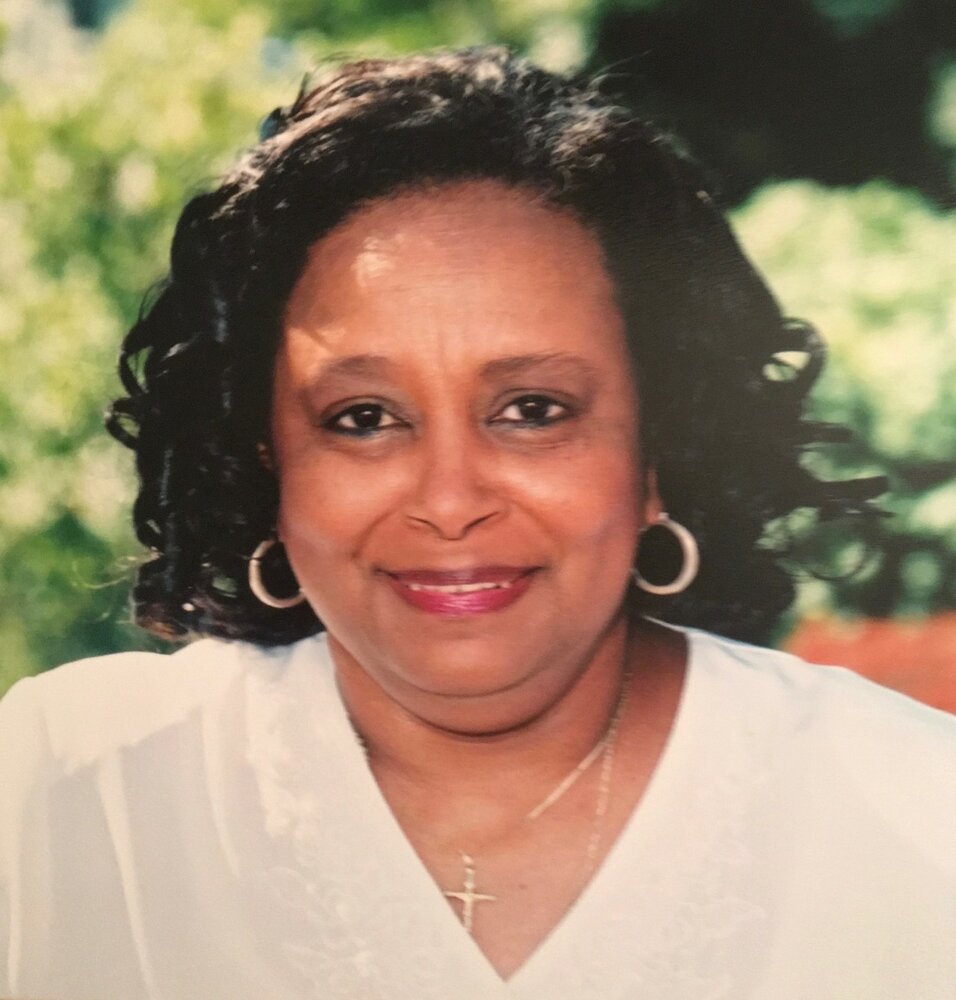 Please share a memory of Elaine to include in a keepsake book for family and friends.
View Tribute Book
Sarah Elaine Davis was born May 14,1945, in Philadelphia. The 3rd child of 7 born to Edward Underwood and Sarah Frances Wright. She was proceeded in death by her parents, 3 sisters Sheila Harper, Sandra Morris and Marilyn Whittington. The family moved from Philadelphia to Cinnaminson NJ at an early age in 1948. She accepted Christ at Saint Paul Baptist Church in Cinnaminson where she served as jr. usher and sang in the youth choir. Later changed membership to Asbury United Methodist church where she was a member of the choir, PPR and other ministries under the leadership of Dennis L. Blackwell. Educated in the Cinnaminson and Palmyra school systems, Elaine attended Palmyra high school. She met her high school sweetheart Robert (Butch) Davis. On November 26,1962 she was united in marriage to Robert, during which 4 daughters were born of the union. They resided in Burlington NJ for 25 years, after 16 years in Old Bridge NJ and retired to Maryland July 2019. After high school she was employed as a makeup artist at Macy’s working for Fashion Fair Cosmetics in 1973. She worked her way up to Account Executive and Regional Manager positions. She was a talented and well-known makeup artist in the Northeast including Bermuda. She had published work in both Ebony and Jet magazines and was the recipient of the Fashion Fair Achiever’s Club consecutively from 1985 to 1990. In 2002 she graduated from Burlington Community College and began working at Burlington Township in the Engineering and Tax Office. She retired in 2018. She was a founding member of Homestead Youth association and active in her community. While she appeared quiet to most her family knew better, just by the expressions on her face. She enjoyed traveling, especially the HYA trips, cooking, sewing and baking but most of all she loved dancing. She knew the latest line dances. Elaine also enjoyed dressing in her favorite hat for the Kentucky Derby. She always said family first and never missed a family event. Especially when it came to her children and grandchildren. She was loved by all and a great listener and encourager. To her family and friends, she was known as a great confidant. She was always there for her family, church family and loved the Lord. After a brief illness the Lord called Elaine home on September 2, 2022. Elaine leaves to cherish her memory, her loving devoted husband of 59 years, Robert (Butch) Davis her 4 daughters Sonja Briggs, Marcia Davis, Renee Milligan (Gavin), Robin Guyton (Ricky). 7 grandchildren Natasha Robinson (Alphonso), Stephanie Joy Briggs, Dominique Waddell (Bernard), Quinton Briggs, Chaz Davis-Sydnor, Julian Milligan & Jalen Milligan. 6 great grandchildren Bria, Bryce, Brooke, Layoni, Chance, & Chandler. 1 sister Barbara Cobb (Bobbie), 2 bothers Richard Wright (Eileen) & Marvin Wright. 5 brothers-in-law Elwood Whittington, Garfield Harper, James Peterson, Bruce Davis (Debbie), Brett Davis. 4 sisters-in-law Shirley McEady (Tommy), Darlene Clowney (James), Debbie Frazier and Larcia Williams. God Children Dino & Monique Davis, special sister Debbie Lindsey and a host of nieces, nephews, cousins, friends and loved ones.
Saturday
10
September

Share Your Memory of
Elaine
Upload Your Memory View All Memories
Be the first to upload a memory!
Share A Memory
Send Flowers
Plant a Tree