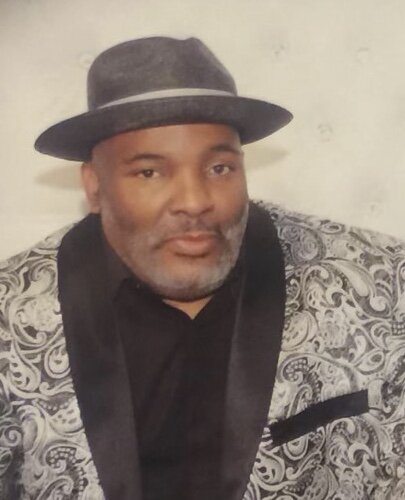 Please share a memory of Michael to include in a keepsake book for family and friends.
View Tribute Book
Michael William Howard was born on April 27, 1969, in Stratford, New Jersey to Moses and Linda Howard. Michael was the oldest of two children raised in Chesilhurst, New Jersey. At an early age, Michael had a love for sports, playing football and basketball at Edgewood Regional High School. He worked in construction for many years and loved fixing things for everyone. He loved and cherished all of his children and stepchildren very much. Michael loved to go to the casino with friends and play the crap tables. He was very good at winning. Michael was called home on Saturday, August 27, 2022. He will be truly missed. He was preceded in death by his parents Moses and Linda Howard leaving to cherish his memories, his sister Danielle (Michael); his six children, Tionna Marsh, Jamira Marsh, Nikkita Marsh, Shikiera Howard, Khalil Howard and Gabriel Howard; his five grandchildren, Mekhi Jackson, Ava Gould, Mahari Sturridge, Myles Sturridge and Nariah Hand; also a host of nieces, nephews, cousins and friends.
Friday
9
September

Share Your Memory of
Michael
Upload Your Memory View All Memories
Be the first to upload a memory!
Share A Memory
Send Flowers
Plant a Tree