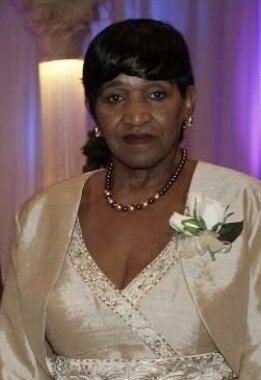 Please share a memory of Shirley to include in a keepsake book for family and friends.
View Tribute Book
Shirley Mae Reeves Allen, daughter of late Evangelist Pauline Taylor Reeves and the late William Albert Reeves on March 27th, 1939, in Sandford, North Carolina. She was summoned to eternal rest surrounded by family love on August 8th, 2022, after a brief illness. Shirley was educated in North Carolina School System. She graduated from Springfield High School in Lucama, North Carolina. Shirley married her childhood sweetheart James Albert Allen and moved to Baltimore, Maryland. From their union, five children were brought forth completing their family structure. As she nurtured her family, she worked full-time at Montgomery Wards as a Keypunch Data Operator. She remained at this job until retirement. Shirley was never content to just stay home, therefore, she started a new career at Caldor Department store as a Data Entry Specialist. Soon after, the new loves of her life began to arrive in the form of grandchildren. She nurtured and raised her grandchildren with all of her heart. One of Shirley's favorite passions was to prepare the family's sweet potato pies for the holidays. As Shirley's health took a sudden decline her granddaughters Shamyra and Tiiesha returned the same love and nurturing to care for their grandmother modeling the morals that she instilled in them at an early age. Shirley was preceded in death by her brother Leavon Reeves and two sisters Catherine O. Barnes and Delois J. Pratt, Her three sons, James Allen, Jr, Michael Allen, and Cornel Allen. She leaves to mourn her loss: two daughters Shirlon Denise Hill and Angela Renee Allen of Camden New Jersey. Her loving legacy of nineteen grandchildren, forty-nine great-grandchildren, and four great-great-grandchildren. A host of devoted nieces, nephews, special granddaughter Tiiesha Dorsey, and devoted grandson Tyrone Allen.
Saturday
20
August

Share Your Memory of
Shirley
Upload Your Memory View All Memories
Be the first to upload a memory!
Share A Memory
Send Flowers
Plant a Tree