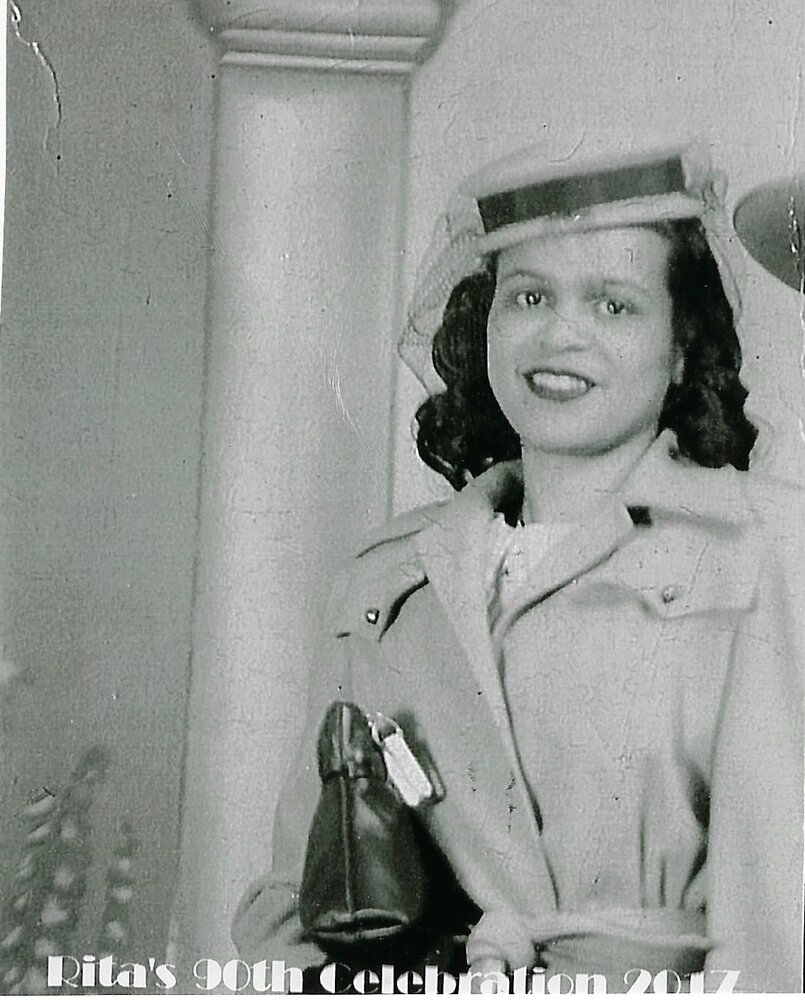 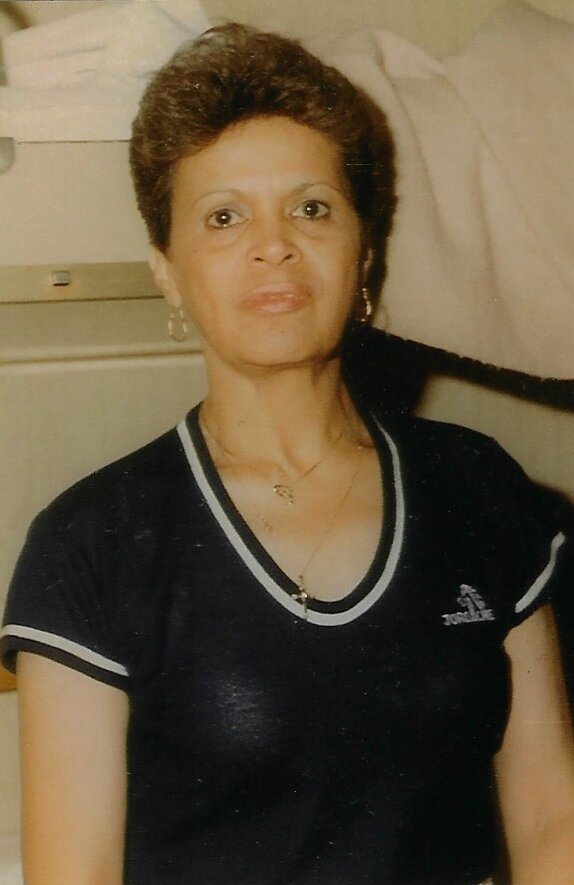 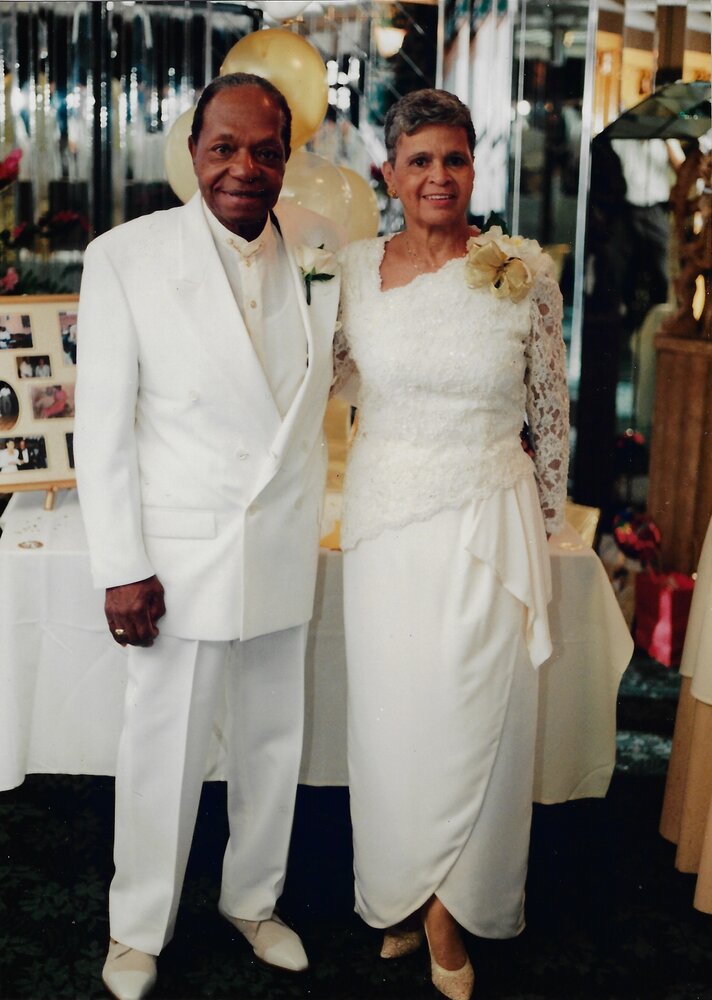 Please share a memory of Rita to include in a keepsake book for family and friends.
View Tribute Book
Rita Harrison was born to Teams and Lucy Harrison, on January 25, 1927. She was born and raised in South Philadelphia and attended Philadelphia public schools. Rita Harrison met David Hudson Jr. while in Junior High School. They "courted", fell in love, and were joined in matrimony on August 21, 1945. Their union was blessed with three daughters, Carole Davida and Diane, and one stepdaughter, Rosalie. They enjoyed 76 years of marriage. In 1972, Rita accepted Jesus Christ as her Lord and Savior, was baptized and became and active member of the Nineteenth Street Baptist Church in Philadelphia, under the pastorate of the late Rev. Charles Walker. She served as a wedding Coordinator, greeter and made tablecloths for the church. She always set the tables beautifully and perfectly for every church event. After raising her 3 daughters, Rita returned to the work force where she worked for Cigna Insurance Company. During her time there she became a mentor and an 'adopted mother" to many young women. She retired as a supervisor in 1987. In March of 2018, Rita and her husband relocated to New Jersey to live with her daughter and son-in-law (Carole and James). She was lovingly cared for by them with assistance from her granddaughter, Lisa. Rita became a proud member of St. Matthew's Baptist Church, under the pastorate of her son-in-law, Dr. Raymond M. Gordon, Sr., whose teaching and preaching she loved. Rita was intelligent, a great student, and a prolific reader who possessed many skills and gifts. She worked as a seamstress at the Quartermaster in Philadelphia. Her sewing skills were showcased everywhere. She made all of the children's clothes, the wedding gowns for many brides, as well as dresses for the entire bridal parties. She also served as the personal seamstress for family members and numerous of friends. In addition to sewing, Rita had exceptional interpersonal, culinary, baking, ironing and hair grooming skills. In fact, she was skilled at so many things, one of her niece's requested that she make her a pair of shoes. She could win playing scrabble and insisted upon keeping score, even at the age of 95. She enjoyed crossword puzzles, the arts and entertaining family. Rita's sweet potato pies, rolls, pound cakes and deep-dish apple pies would simply minister to your palate. Rita's loving and compassionate spirit was demonstrated when she, along with her husband, cared for his mother (Momma) when she became ill. Rita was a Godly, kind women, full of grace and class, known for her impeccable style, meticulous approach to everything, and for having a dash of feistiness. Her favorite scriptures were Psalms 30 and Psalms 46. She was preceded in death by 5 siblings, and a stepdaughter. Rita leaves to cherish her memory, her husband, David, 3 daughter, Carole Smack (James), Davida Bolger (Charles), and Diane Gordon (Raymond), 8 grandchildren, 1 great-grandson, nieces, nephews, a Goddaughter, a Godson, and many friends.
Wednesday
25
May

Share Your Memory of
Rita
Upload Your Memory View All Memories
Be the first to upload a memory!
Share A Memory
Send Flowers
Plant a Tree