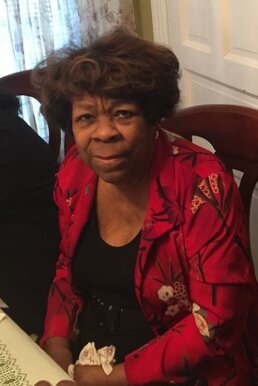 Please share a memory of Marie to include in a keepsake book for family and friends.
View Tribute Book
Marie Alexander entered this life on September 14, 1932, in Mt. Holly, New Jersey to the late Thomas and Mamie Alexander. She was the last of five children. She completed her education in the Palmyra school system and went to Hampton University for a few semesters. She moved to North Jersey where she started her career in the state hospital. Not finding her true passion there she moved to Michigan where she worked for the IRS and later for the post office where she became the supervisor of letter carriers and clerks. She made her mark at Livernois Post Office and was loved by all who worked under her. Marie had to retire to help care for her mother in Jersey and her and her sister, Mae, cared for their mother constantly until their mother succumbed to her illness. Marie did not like being idle and after her mother passed, she held several part-time jobs. These jobs not only kept her busy but also became a way for her to make more friends. Marie loved people, cooking, hosting parties, playing scrabble, and watching spots, especially the 76ers. Marie joined Saint Paul Baptist Church (SPBC) as a young child. When she came back home it was like she never missed a beat. Marie regularly attended Sunday services, Prayer meeting, and Bible study under the Pastor of St. Paul, Rev. Dr, Victor M. Lee, and his associates., including her cousin, Stephanie, who became the first woman elevated to Reverend at St. Paul Baptist Church. Marie was a large part of the missionary ministry at St. Paul. She would go visiting the sick in their homes, at rehabs, and in long term facilities with gift baskets. And because of Marie an important occasion never went by without a card acknowledging your milestone. Marie was preceded into eternity by her parents; Thomas and Mamie Alexander, her siblings; Anna Mae Brown (Albert), Kizzy, Levi, and Louis Alexander and her nephew Sam Warren, III. Her memory will be lovingly cherished by so many people including her niece and caretaker, Yvonne, her family (both by love and by blood), many very special friends, the Saint Paul Baptist Church, and a host of people from all over the country. In lieu of flowers, please send donations to St. Paul Missionary Ministries located at St. Paul Baptist Church, 1420 Bannard Street, Cinnaminson, NJ 08077
Saturday
14
May

Share Your Memory of
Marie
Upload Your Memory View All Memories
Be the first to upload a memory!
Share A Memory
Send Flowers
Plant a Tree