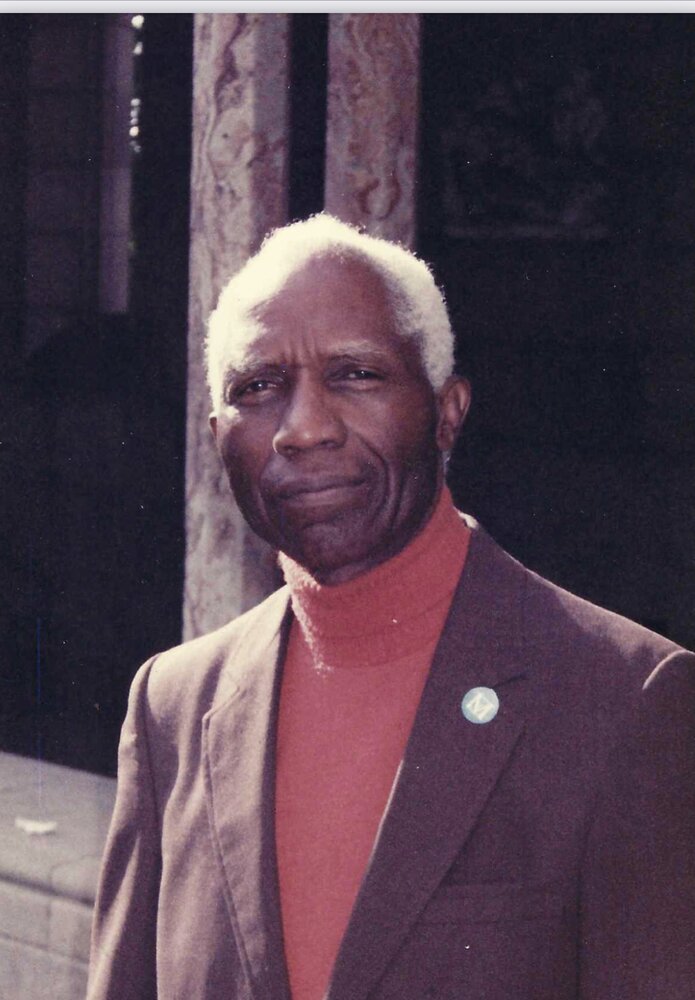 Please share a memory of Nathaniel to include in a keepsake book for family and friends.
View Tribute Book
Nathaniel Williams was born on November 24, 1928 in Savannah, Georgia. On February 9, 2022, God chose to call His child home to rest. Nathaniel was affectionately called Nat or Uncle Nat by those that met and loved him. Nat graduated from Haaren High School in New York City in June 1948. After high school he began working as a sales clerk in a stationary store while taking pre-med college courses. In 1951, he was drafted by the United States Army where he served as a medic for the 915th Medical Ambulance Company in Germany. He was honorably discharged as a Corporal on May 6, 1953. In September 1953, Nat attended Long Island University in Brooklyn, NY. He graduated in June 1959 with a Bachelors of Arts in History-Government. With his desire and calling to help and serve others in his community, Nat began to pursue a career in social services. In 1960, he began working at the NYC Department of Social Services as a Social Investigator/Caseworker. While working full time, he began pursuing a master’s degree by taking graduate courses at New York University in NY, NY from 1960 to 1965. Nat continued to excel in his career as evidenced by his promotion to Supervisor in 1963. In June 1973, Nat graduated from a Social Services Certificate Program from Fordham University in NY, NY. With his continued dedication to his education and service to the community, Nat was promoted to Assistant Director in 1973. His promotions continued until he retired as the Deputy Director of the Bureau of Management Services with the NYC Department of Social Services on December 31, 1992. Even though he was retired, that did not stop Nat from serving others. In a handwritten letter to his nephew, Clyde Sr., he wrote “It’s a wonderful feeling when you are doing something for free and not getting any monetary reward.” “I feel that this service is what God wants me to do. It’s more rewarding than the thirty-one years I worked for the City of New York serving the public”. He volunteered with the Red Cross as well as continued to be a knowledgeable resource for both the young and elderly of the community. He was known as the go to person when you needed information on getting things done. There were three main topics that were consistently in Nat’s conversations. He loved to talk about his family, New York City and his career working for the City. One of the many ways he showed how much his family meant to him was recognizing each family member’s birthday. Every year he would send a birthday card and gift on each family member’s birthday. He walked around the City every day. When he was home, you would seldom catch him watching television. Instead he was either reading or listening to music. His love of classical music inspired him to take violin lessons. Nathaniel Williams leaves behind many family members and friends to cherish his memory and continue his legacy of love and service to others.
Friday
18
February

Share Your Memory of
Nathaniel
Upload Your Memory View All Memories
Be the first to upload a memory!
Share A Memory
Send Flowers
Plant a Tree