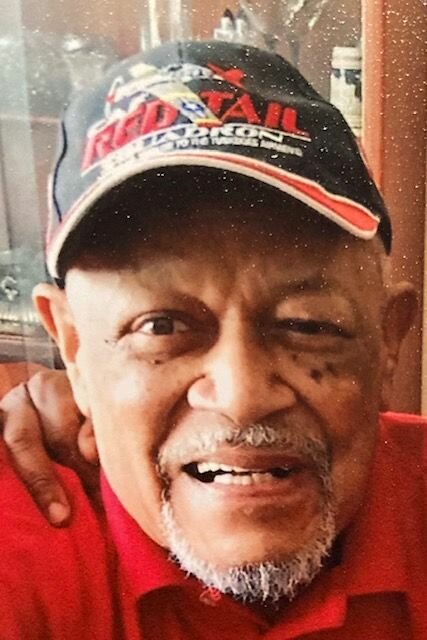 Obituary of Thomas A. Loundes

Please share a memory of Thomas to include in a keepsake book for family and friends.
View Tribute Book
Thomas, an only child, was born on September 10, 1931, to Thomas E. Loundes and Bessie Watts Loundes in Portsmouth, Virginia. Better known as Tommy, he had many interests. While in high school he played the trumpet and was a member of Norcom High School’s, marching band. He was an avid musician and even aspired to becoming a professional trumpeter until he was convinced by a relative that would be a difficult path and not very lucrative. In November of 1950 Tommy joined the Air Force. Tommy really enjoyed military life from the moment he joined because it gave him the opportunity to travel. Before joining the Airforce, Tommy worked at the Journal and Guide Newspaper, one of the first Black newspapers. There he met his future wife, Bernadine Scott. They fell in love and married in May of 1952. Tommy and his bride traveled to and lived in various states and countries. They welcomed their only daughter, Angela, in 1958 and the military family continued traveling the world. Tommy loved exploring the many places he visited and lived in. Weekends were dedicated to exposing his family to the culture of wherever they were living. After 23 years, Tommy retired from the Air Force as a Master Sergeant and settled in Willingboro, NJ. Tommy had several careers after his retirement from the service. He worked at Union Carbide in Moorestown, NJ as a dispatcher for over 10 years and that experience was followed by working at Northern Telecom also as a dispatcher. He concluded his working years as a security guard at Lockheed Martin. Tommy was well respected in all the companies he worked and received many accolades. Tommy was a true lover of music. His favorite was all forms of jazz. He appreciated other musical genres as well. He was truly an audiophile in every sense of the word and had an extensive collection of music in all mediums. He was also an excellent photographer, artist and a collector of coins and model cars. In the Summer of 2018 Tommy and Bernadine were forced to evacuate their home due to a freak flood. They had to live in a hotel for two months while trying to figure out how and where to live the rest of their lives. They decided to move to a one-bedroom apartment in Willingboro so that they could stay close to their friends and the environment that they called home for so many wonderful years. Because Tommy had various debilitating illnesses, he ended up living at the Cambridge Rehabilitation Center in Moorestown, NJ. This happened to be the same rehab that Bernadine, his wife of almost 70 years also lived until her death on October 8, 2020. On Sunday, January 16, 2022, he suffered cardiac arrest and died at the Jefferson Hospital on Chapel Avenue in Cherry Hill, NJ. Tommy leaves behind his cherished daughter, Angela Butcher; his son-in-law Brian Butcher; Katee Jenkins who he raised as his daughter; his cousins Frank Merritt, Jr. and his family; Milton Watts and his family; Webster Watts and his family; Brenda Clemons and her daughters, Delmont Neal and his family, Suzanne Woodard and her family and William Johnson and his daughters. He also leaves behind many cherished friends including Patricia and Olin Mitchell and their children and families; Pat Lewis; Valerie and Daryl Stewart; Tommy Wiggins; Helen and Frank Chase; and so many more loved ones and caretakers too many to name.
Print
Friday
4
February