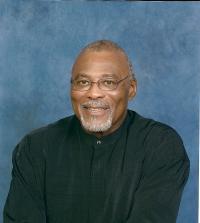 Please share a memory of Wallace to include in a keepsake book for family and friends.
View Tribute Book
Benson, Wallace J., Sr. On Thursday, September 10, 2009, of Mt. Laurel, NJ. Age 66. Wallace was born in Pennsauken, NJ on November 4, 1942, to the late Samuel and Mary Benson. He was the youngest son of 14 children. He was educated in the Pennsauken school district. As a young child, he attended Asbury United Methodist Church in Merchantville, NJ. He was an avid baseball fan, who played for several years for different teams. Wallace was also a licensed barber. In 2004, Wallace accepted Jesus Christ as his Lord and Savior and was baptized at Macedonia Baptist Church in Beverly, NJ. He was a member of the Pastor's Aide Ministry. In 2005, he retired from Wyeth Pharmaceutical Company in Cherry Hill, NJ. Wallace is survived by his loving wife, Esther Benson; 4 sons and 1 daughter, Wallace J. benson, Jr. (Jacqueline) of Edgewater Park, Rhonda Benson of Edgewater Park, Lamont (Diane) Benson of Burlington City, Robert (Tanya) Benson of Clementon, NJ and Terrance (Melissa) Benson of Lumberton, NJ. He is also survived by 12 grandchildren; 5 great-grandchildren; his brothers and sisters, John (Maritta) Benson, Robert (Mary) Benson, Donald Benson, Mary Black, Margaret Johnson, Ruth Smith, Judith Vann (Luby) and Verna Benson; hus aunts, Cora Gardner and Mildred Thomas and a host of other family members and friends.
Saturday
19
September

Share Your Memory of
Wallace
Upload Your Memory View All Memories
Be the first to upload a memory!
Share A Memory
Send Flowers
Plant a Tree