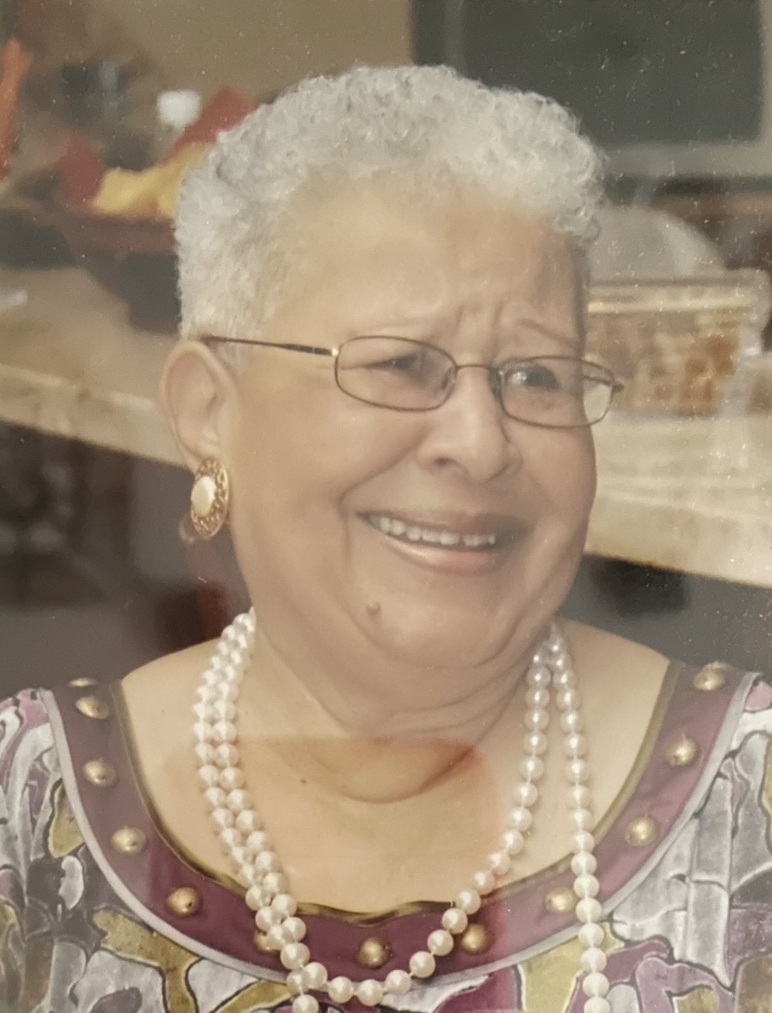 Please share a memory of Ernestine to include in a keepsake book for family and friends.
View Tribute Book
“Perfect submission, perfect delight. Visions of rapture now burst on my sight. Angels descending bring from above Echoes of mercy; whispers of love”. Ernestine Harvey entered into the realm of peaceful rest on Monday, October 24, 2022. She was born July 23, 1928 in Surrey County, Virginia to the late Ackie and Annie Mae Flowers. The family moved to Norfolk, Virginia where she was raised and schooled. Ernestine came to New York City when she was nine years old and was raised by her late sister/mother Jeanette Warren after the loss of her parents. She was married to the late Benjamin Harvey in July 1944. She was employed by the United Methodist Publishing House, formerly known as Cokesbury Book Store, from September 1962 until her retirement in July 1987. Within that time, she was promoted and became the first African American to hold a management position. She was a proud and active member of Bethany Methodist Church in Brooklyn, New York until 1977. She relocated to Bronx, New York and continued her fellowship at St. Stephen’s Methodist Church until she moved to Lumberton, New Jersey in 2005 and attended St. James Baptist Church and then became a member of Lumberton United Methodist Church and sang in the choir. She loved to sing and had a beautiful voice. She traveled to and from New Jersey to Kuwait throughout the years until she relocated to Kuwait in 2014 to live with her daughter for two years in the Middle East. While in Kuwait she attended the Seed of Life Church and rededicated her life to Jesus Christ. She transferred to the New Jersey Veterans Memorial Home of Vineland in August of 2016 where she was cared for and treasured by residents and staff until she was called home. She was preceded in death by five brothers: Thomas, John, Joseph, William & Mack as well as four sisters: Evora, Jeanette, Victoria, Geraldine & Minnie and her son Thomas lovingly called Tommy. She leaves to cherish her memory & mourn her absence her children, Benny, Sheila Gittens, Phyllis Bell and Henry as well as a host of grands, great grands and great great grands, nieces, nephews, other relatives and close friends. Ernestine, Tine, Little Lady, Mom, Grandma, GGM will live in our hearts forever. Rest in peace and enjoy the family reunion with Mama, Papa, Tommy and siblings. Done In Love, The Family
Tuesday
1
November