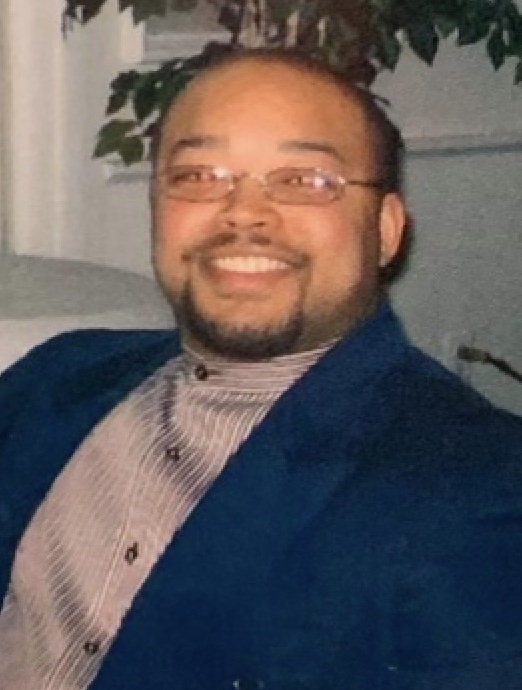 SUNRISE Jonathan Boaz Emmanuel Johnson was born in Philadelphia, Pennsylvania on November 7, 1967 to the late Thomas and Eleanora Johnson. He was raised in Camden, New Jersey. His family and friends called him “Johnny”. He attended St. Bartholomew Elementary School, St. Joseph Middle School, Camden Catholic High School (2 years), and Graduated from Camden High School in 1986. Growing up he was very athletic. In elementary school he ran track. Johnny was so good that he traveled to California to compete in the Jesse Owens Track and Field Competition. He brought home a Gold Medal. His athleticism did not stop there, he played recreational football and basketball. Johnny excelled in all sports but he loved playing basketball the most. His Journey Johnny worked for South Jersey Port Corporation and Virtua Memorial Hospital for many years. His first car was a fully loaded 4-door white 1983 Oldsmobile Ninety-Eight Regency Brougham with tan leather interior and a tan padded vinyl roof. He was so proud to have purchased this car that he gave himself the name “Johnny Dolla”. He loved his cars and would “talk your ear off” about everything he needed to do to keep them running well. Although he loved his hometown teams, The Philadelphia Eagles and The 76ers to quote Johnny “ Aint Nothing Finer Than A Forty-Niner” his favorite football team was the San Francisco 49ers . No matter what life threw his way he always kept it moving. Johnny lived his life on his own terms. He relocated to Blackwood, New Jersey, but he could not stay away from his hometown of Camden City for long. Johnny came back to the city several times a week to check on family and friends. One of his favorite things to do was to be “chillin” in Farnham Park with his friends while cleaning his car. Johnny Dolla was protective over his family and friends. He would call them often and always greet you with “What’s Happening” and often say “ You know What I Mean”! He could make you laugh one day and get on your nerves the next, but no matter what he loved his family and friends and we loved him back. Sunset On Sunday, July 18, 2021 the Lord dispatched his Angels to his home to escort him to heaven in Grand Style riding on the wings of the Angels. Johnny will be deeply missed but never forgotten. He is back with his mother that he affectionately called “Mom Dukes”, hid father Thomas Johnso, Jr. and his cousins/homies for life Anthony Sharpe (Big Ant) and Thomas Sharpe (Pumpkin). Left to cherish many precious memories are his daughters: Victoria Underdue, Jonte’ Johnson, and Jazmine Johnson; his sons Jonathan Johnson, Deonte’ Johnson, and Jordan Johnson; 4 grandchildren Emma, Kaden, Lyric, and Ava; a brother Thomas Johnson; a sister Marcie Benson; nieces and nephews Cory, AJ, Marcus, and Jada; very special cousins Alfred, Carmella, Bernice, Asontaey, Tavona, Sheena, and Zachary.